Japanese Knotweed and the Return of The Day of the Triffids 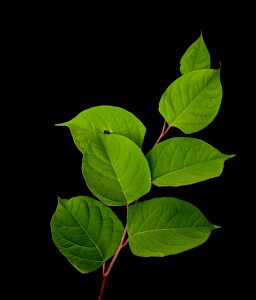 We’re reminded of the triffids in light of the rise of another invasive plant species: Japanese Knotweed. According to the Royal Horticultural Society, Japanese Knotweed is a rapid spreading perennial weed that can grow up to two metres high during the summer months… though thankfully the RHS make absolutely no reference to any carnivorous tendencies.  Conversely, in fact, Japanese Knotweed is edible by humans (it tastes a bit like lemony rhubarb), is an impressive source of vitamins A, C, potassium, zinc, phosphorus as manganese and the internet is full of recipes for things to do with it in the kitchen.  It is also used in its native countries to treat respiratory disorders.[i]

All this is not a round about way of telling you we’ve all been put on gardening leave. There’s actually a very good reason we’re bringing up this particular species of weed. It happens to play a small but significant role when you’re buying or selling property. If you’re preparing to do either of these, it’s well worth knowing how this tricky plant could impact the process.

Why is Japanese Knotweed such a worry?

It may seem strange to devote so much attention to one particular bit of greenery, but it’s not without reason. Japanese Knotweed is the UK’s most invasive non-native plant. It was introduced to the UK from Japan around two hundred years ago. This was innocently done; whilst the Victorians had a lot going for them, (the invention of the flushing toilet, and pasteurisation for example), their approach to botany tended toward the madly enthusiastic “import first, ask questions later” end of the spectrum. Along with other nuisance plants, such as Giant Hogweed and Himalayan Balsam, Fallopia japonica was used in the Royal Botanic Gardens of Kew and Edinburgh, and was sold widely by private nurseries. Unfortunately, over time the true nature of the plant became clear. At its height, Japanese Knotweed can grow as much as twenty centimetres a day. It can also stamp out all other plant growth, break through tarmac or concrete, and damage the foundations of your house. Sound scary? It is. It has roots that are three metres deep, and can regrow from even the tiniest root fragment. In fact, in the modern housing market, Japanese Knotweed is such a pest that it can reduce the value of your property by 10-20%.

How Common is Japanese Knotweed?

Before you go rushing out to your garden in a panic, let us reassure you that new infestations aren’t an everyday occurrence. Certain areas of the country are more likely to be affected than others, so it’s well worth being aware of.

In 2012 the Environment Agency commissioned the plant tracker app to try and maintain a database of Japanese Knotweed infestations. The map shows around 6,000 cases across the UK, many occurring in clusters around London, Cornwall, South Wales, the Midlands and the Scottish central belt.

Can you get rid of Japanese Knotweed?

Yes… though not without great difficulty and expense. Japanese Knotweed can take three or four seasons to respond to chemical weed killers, and simply digging it out is a back-breaking and risky procedure. It’s also hard to dispose of once you’ve got it out of the ground as it’s classed as controlled waste by the Environmental Protection Act 1990. This means it can only be taken to licensed landfill sites. Practically speaking, this process really needs to be carried out by specialist professionals. There is ongoing research into using a species of insect, knotweed psyllid, to control the plant and the species has been licenced by the UK Government to control the unwanted vegetation. This is the first time that biological control of a weed has been sanctioned in the EU. A four-year study found that the tiny creature successfully limited the growth of the monstrous plant without being able to breed on other nearby species. The release of the in the UK started in 2010 and is phased and heavily monitored.

So why do you need to know about this for your house move?

When you sell a property, you’ll need to fill out the TA6 form, also known as the property information form. This is an important document that sets out a lot of the things the buyer needs to know about the property. It’s also a key way for solicitors to get an overview of any potential concerns or issues. Since 2013 sellers have been required by law to disclose whether there is Japanese Knotweed growing anywhere on the property. If the weed is present, unfortunately this will have a reasonably big impact on the transaction. Understandably, the vast majority of buyers will have concerns about buying a property where the garden is annually held hostage by an all-encompassing weed. Even if by some strange stroke of luck the buyer isn’t that bothered, you can bet the mortgage company will have something to say about it.

Japanese Knotweed from the seller’s point of view

If Japanese Knotweed has somehow meandered into your garden, we’re sorry to say that you’re in for a rough time (or at least a rather hefty gardening bill). You will usually need to provide at least a full management plan from a specialist company for the eradication of the weed for your sale to proceed. You may find it difficult to find a committed buyer before the issue has been completely taken care of. As the seller, it’s your responsibility to check the property for the invasive weed. This is a legal requirement and ignorance of gardening matters is no excuse here (in most cases we imagine it would be very hard to miss the influx of a two metre high weed each summer). Trust us when we say that not disclosing an infestation would be a big mistake. Even if you complete during the winter months when the weed is dormant, it will pop right back up again in the spring. This will almost certainly result in a misrepresentation claim levied against you by your buyer, which would be highly unlikely to go in your favour.

Japanese Knotweed from the buyer’s point of view

Picture the scene: you’ve fallen in love with a property and are already planning your paint purchases when the TA6 rolls into your inbox. Everything looks okay apart from a disconcerting tick in the Japanese Knotweed box. What next? We’re pretty sure you’ll have some questions about this, but so will your mortgage company. Generally speaking, a mortgage company won’t agree to release funds to purchase the property until they’ve been sufficiently reassured about the weed situation. Usually they’ll need to see a full management plan from a professional Japanese Knotweed removal company to show that everything is under control. We would expect this to be provided by the seller before contracts have been exchanged. Of course, there’s every chance your dream home won’t seem quite so dreamlike once you know Japanese Knotweed is involved. If this is the case, you’re completely within your rights to decide not to proceed with the purchase. If you do decide to continue, your solicitor will be on hand to make sure a fair settlement is reached between you and your seller. With any luck, and with the help of a specialist removal company, you’ll be out enjoying your new garden in no time with no fear of the plant life taking over. If you have any questions or concerns about this scary weed, please don’t hesitate to get in touch. We’ll do what we can to help you triumph over your own personal triffids, though please don’t expect us to offer to help dig it out!

[i] If you are thinking of trying Japanese Knotweed as a food, you should remember that not all parts of the plants are edible, and then they are only edible at certain times of year. Removing Knotweed from its site of origin and taking to your kitchen, rather than to a registered landfill, is illegal and could render you liable to prosecution by the Environment Agency.